React-native, NW, Electron and React, all in one

A few months ago after react-native was released I started to wonder how it would be possible to do a mobile App, desktop App and website App with the same code base. I knew it was possible but I wanted to explore how to do it and what would be the final volume of reused code. So I created the project react-native-nw-react-calculator on Github.

This project shows how the source code can be architectured to run on multiple devices. As of now, it is able to run as:

It is a beautiful calculator with the “memory of previous formulae” feature based on the design of Robert O’Dowd who kindly authorized me the use it. The original design made by Robert was part of his project called “Simplifycation” visible here. 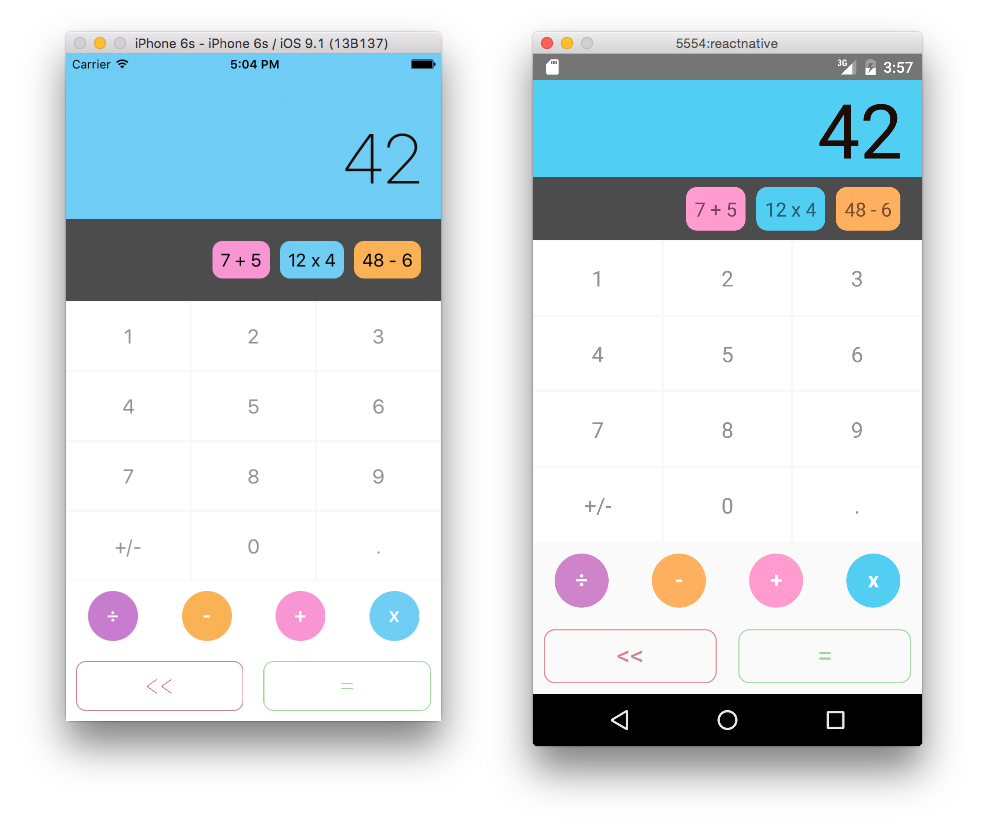 I wanted for this project to use all the tools that I would have used in a production project, so it is based on the flux architecture and uses tools like grunt and webpack to create the builds and for the hot reloading feature. 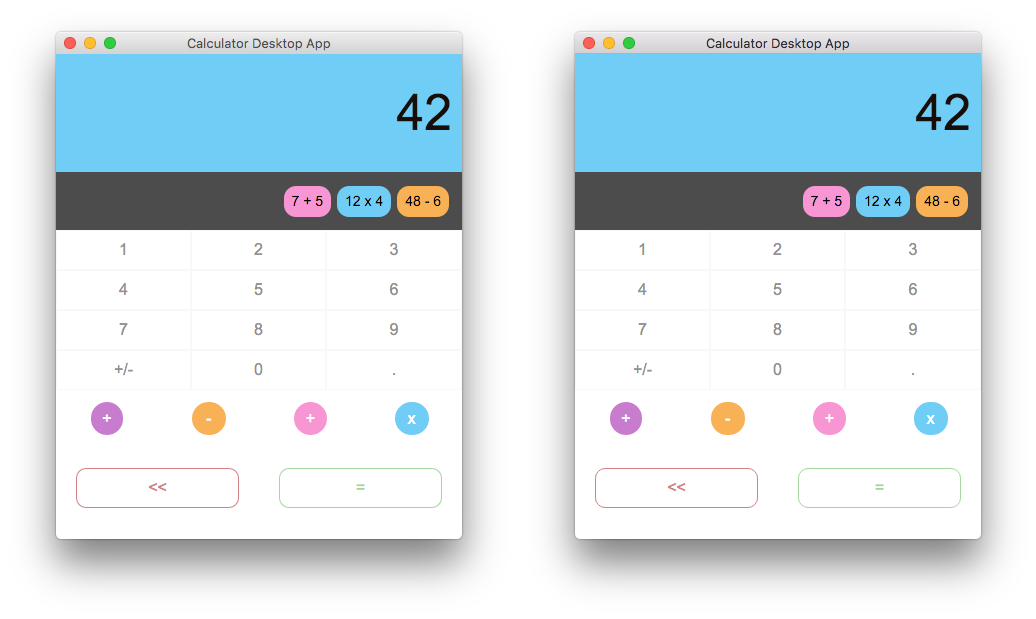 Although we are going to run on 4 devices (iOS, Android, desktop, web), we only need to create 3 builds. Entry files for those builds are at the root of the src directory.

The build for the website App and the desktop Apps is the same because it is possible to reuse the exact same code in both environments. Then, this build is simply called from different .html sources.

All the flux architecture is share at 100% to all the different builds. This means that all the logic and data management code is done once and reuse everywhere.

This allows us to have an easy tests suite and to ensure that our code is working properly on all the devices.

Here comes the real interest of the project. Finding how the components can be structured to share most of their logic but still allowing for some specificity for each device was not so easy.

Having inheritance for the shared logic and only redefine what is specific to every device sounds the right solution but how to include only the code that we want for each build. It could have been done with webpack and its variables evaluated during the build but thanks to @cjbprime I managed to do it based on the file extensions.

Basically, every component has a main Class which inherits a base Class containing all the logic. Then, the main component import a different Render function which has been selected during the build. The file extension .ios.js, .android.js or .js is used by the build tool to import only the right file.

At the end, every component is defined by 6 files. If we look at the screen component, here is its structure.

And here is the main Class file (Screen.js) which composes the other files.